The father of homoeopathy Christian Friedrich Samuel Hahnemann reverently known as Hahnemann in the homoeopathic world was the fist physician who introduced the importance of VITAL FORCE in the field of medicine. He defines it in Aphorism No. 9 of his book ?Organon of Medicine? in the following words:

People, generally, have been heard saying that the Homoeopathic medicines are slow acting, but the fact is contrary. Experience has shown that the infinitely small doses of the indicated Homoeopathic medicine when used singly in proper dose as explained by Hahnemann in his ?Organon? act like charm, especially in acute diseases of various kinds (it can be said that in all cases of acute diseases of various kinds). Often the results are simply astonishing. The results confirm the proposition as related by Hahnemann in Aphorism 149 of his fifth edition of Organon. Some so called Homoeopaths who use combinations or practice polypharmacy, put forward the lame excuse that everything has greatly changed since the time of Hahnemann. No doubt, lot of changes has taken place during past two centuries, since the time of Hahnemann. When Hahnemann discovered Homoeopathy, even the microscope was not used in the field of medicine, today there are very sophisticated electronic gadgets in use to locate minutest changes in the physiology and pathology of an individual. But, the laws of nature, which came into being in the beginning of life, not to say during the past two centuries, is there any change in these laws of nature?

The patient was suffering from fistula in ano. About three months ago, in place of going to some good hospital or a good surgeon he went into the net of a way side surgeon so called “Bengali Doctor” who claims to cure fistula, fissures and piles through surgery.

I am presenting hereunder a very alarming and awesome case of an infant but with very encouraging and miraculous result.

On 4th February 2005 a labor class man came to my clinic and asked for medicine for his baby, and told me his inability to take her to some hospital due to his constraints to meet the expenses. I asked him to bring the child for examination. 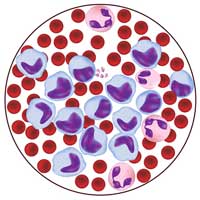 Mrs. Nl. a female, had been suffering from hyperacidity, peptic ulcer with severe headache since 1995.

By nature all the creatures fall prey easily to the temptations. The man is not an exemption. So, human beings have an enormous capacity to damage themselves in pursuit of pleasure, whether through alcohol, drugs, fast driving, smoking heavily, etc. But this pursuit of pleasure does them immense harm. Generally when one realizes the harm after becoming addict to some intoxicant, it becomes very difficult to abstain. This applies in case of addiction to alcohol too. After falling prey to the drinking habit, if one desires to stop it, it become extremely difficult to stop the habit because the insidious effect of alcohol diminishes the will power, which is essential to stop the habit of drinking.

Social aspect – Till few decades ago joint family system was in vogue in our country. Most of the younger generation used to adopt and continue the family profession. In the joint family system it was the tradition that the eldest person in the family used to be the head of the family and used to have the governance of the whole family in his control.

M. L. aged 57 years, was suffering from pain and swelling behind his left heel. He consulted about his ailment at Safdarjung Hospital, New Delhi, where it was diagnosed as Retro Calcaneal Bursitis. X-ray examination revealed conspicuous growth of the Calcaneal bone. And he was prescribed some pain killers, after their use the patient had stomach disorder and loose stools. And the trouble remained unchanged.

Let us look at the word CANCER, a name generally known as a dreaded and widely spread disease of modern times. Today we have most advanced and sophisticated means to identify and classify the disease. But when such means were not came into being even then the disease name CANCER was used. During those times perhaps this name was used for the tumors/ulcers, benign or malignant.