The patient was suffering from fistula in ano. About three months ago, in place of going to some good hospital or a good surgeon he went into the net of a way side surgeon so called “Bengali Doctor” who claims to cure fistula, fissures and piles through surgery.

Within a span of three months the so called surgery was performed twice. The so called “Bengali Doctor” cut off a large chunk of flesh near anus. The wound did not heal even in a month’s time, though the surgeon was regularly dressing the wound. The patient was simply in agony.
At this stage the patient was referred to me by one of my old patients. When seen on 21 – 6 – 2005 he was in great distress. The condition of the patient was as follows:

There was a large wound at the anus which was raw and running, there was continuous great pain in the wound.

Discharge from the wound was purulent, thin and continuous; as such the patient was feeling great distress.

Pain in the wound was of burning nature.
Used to feel daily feverish especially in the evening.

For local use the patient was advised to clean the wound at least twice daily .with a few drops of Hypericum Q diluted in half cup of lukewarm water and after cleaning to apply ointment Hypericum.

– There was much improvement in the wound.
– The discharge from the wound was quite less.
– A bad smelling matter was oozing from a point, where the fistula was situated.
– Now the patient was feeling stitching pain in the fistula as the pain in the wound has reduced.
– The photograph, shown here, showing the condition of the wound was taken on 28 – 6 – 2005 i.e. one week after the Homoeo. treatment was started. (no photograph was taken on 21 – 6 – 2005) 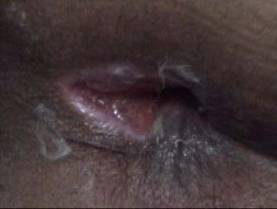 The wound has almost healed.
The discharge from the fistula has stopped for the past four days.
Pain still persisting though in less degrees.
As above but doses at longer interval.

The patient is a resident of Ghaziabad a city about 200 km from Dehradun. He runs his Hair Dressing Saloon and Beauty Parlor over there. He was staying at Dehradun under compulsion for the sake of treatment. So on feeling amelioration he went back to his job on 11 – 7 – 2005.

The natural processes of the Vital Force become deviated in both the conditions:

(1) under the effect of a drug and
(2) under the influence of a disease which is always some morbid energy.

The Vital Force itself relays signals for help in the form of morbid symptoms and sensations. When the Homoeopathic physician clearly identifies these morbid signals and adapts these with the remedy which has similar pathogenesis represented in their healthy provings. And applies this knowledge on the law of Similia, he achieves CURE as defined by Dr. Hahnemann in Aphor. 2 of the Organon.

During my long clinical practice I have used Hypericum very successfully in cases of bruises, lacerations, cuts and even in surgical wounds internally and externally. It always gave me wonderful results.

About Hypericum, Dr. M. L. Tyler says in her ‘Drug Pictures’ “Among the Wound-worts and Bruise-worts of our land, none rivals Hypericum for its healing touch on injured nerves, and for injuries – especially to parts rich in nerves. Here we use it both externally and internally.

“It is an excellent vulnerary plant…..outwardly of great service in bruises, contusions and wounds; especially in the nervous parts…… the ointment opens obstructions, dissolves swellings and closes up the lips of wounds…….”

Among the black letter symptoms of Hypericum we have-

“Punctured, incised, contused or lacerated wounds, when pains are extremely severe and particularly if they are of long duration; pains like those of severe toothache; pains spread to neighbouring pats and extend up limb.”

Silicea is one of the first grade remedy for fistula in ano:

Hering C. in his Guiding Symptoms of our Materia Medica puts this symptom in first grade:

–  Fissura ani and fistula in ano.

Clarke J. H. says in his Dictionary of Practical Materia Medica – The sensitiveness of Silicea is one of its keynotes, and an over-susceptibility to nervous stimuli is a frequent accompaniment of conditions requiring Silicea.

– The surface is tender and the least touch is painful.

Note: – Dr. Mamgain, has prepared documentary videos of acute, chronic cases from his own practice (covering three CDs) to impress the efficacy of Hahnemannian laws. If any reader is desirous to watch the same can contact him (mail to- drmamgain@vsnl.net).