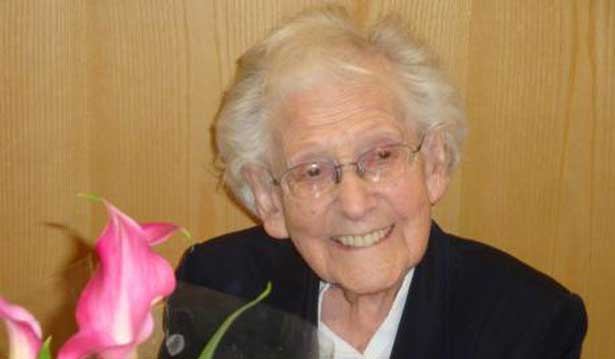 Jane Gilchrist, from Bickley – a woman who fought for over a decade to open an NHS clinic in Bromley has died at the age of 100. Jane Gilchrist worked for 12 years to set up the facility, which offered homeopathic treatment for those unable to afford private healthcare.

The campaigner was for many years secretary of Bromley Homeopathic Group and its current chair, Cynthia Burton, has paid tribute. “Jane had a dynamic personality and was a good speaker, as well as a good listener,” she said.

“She was still attending NHS Reform marches in London up to the age of 95. When asked to be a speaker at local groups she would always say, “Yes, God and homeopathy willing”.”

Opened in 1995, the clinic was consultant-led and provided outpatient services once a week.

Unfortunately it was closed due to funding problems after 10 years, though the group is hoping to see the unit up and running again soon.

Mrs Gilchrist had not taken any mainstream medicines for 23 years since she got into complimentary cures after developing gout in the big toe of her left foot.

In an interview recorded earlier, Jane said: “Years of it have built up my immune system. It gives your body the chance to fight back. I have seen some miracles. I have seen a woman in a wheelchair who now walks because of the muscular skeletal department at the Royal London Homeopathic Hospital in Great Ormond Street. She flung her arms round the doctor and kissed him and she said I have been in a wheelchair for three years and now I’m walking again’.