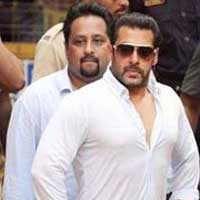 Many Bollywood personalities like Anupam Kher, singer Mika Singh and director Madhur Bhandarkar have expressed happiness over the verdict.

Among the politicians, BJP leader Shaina NC and Congress MLA Baba Siddiqui have supported the verdict, while Shiv Sena’s spokesperson Arvind Bhosale has called it unfortunate.

Author Shobha De has expressed happiness over the verdict, while senior lawyer Abha Singh has termed it as sad.

Chief public prosecutor Sandeep Shinde has said that he is not satisfied with the verdict and would be appealing to the Supreme Court against the decision.

Lawyer Satish Maneshinde has come out in support of the prosecution and said he believes there is every chance they will win in the Supreme Court.