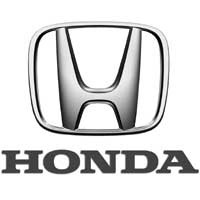 Japanese auto major Honda will recall over 90,000 units of its sedan City and multi-purpose vehicle Mobilio in India manufactured between December 2013 to July 2015 to replace fuel return pipe. The recall will affect only the diesel variants of the two models.

HCIL said in a statement that there is a possibility that in some of these cars, the fuel return pipe may come out, resulting in fuel leakage and leading to engine stoppage.

It added that the fuel return pipe and related parts will be replaced free of cost at HCIL dealerships across India from December 19, 2015 in a phased manner and the owners will be contacted individually.

Recently, German auto major Volkswagen Group had announced a recall over 3 lakh 23,000 units across its three brands — Audi, Skoda and Volkswagen — in India in relation to the emission test cheating scandal. It was the largest recall of vehicles in India.