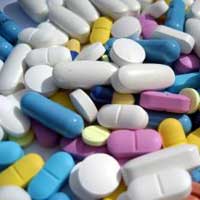 Comparative data regarding antibiotic consumption in India and other countries is not maintained.  There has been a growing public health concern regarding antimicrobial resistance in pathogens on account of increased availability and use of antibiotics across the country meant for human, animal and industrial consumption.

The Government, therefore, constituted a Task Force to recommend measures to address the problem of multi-drug resistance arising out of widespread and indiscriminate use of antimicrobial drugs in the country and to assess, review and suggest measures on anti-microbial resistance.

The Task Force recommended various steps to rationalize the use of antibiotics in the country.

The recommendations included inter alia insertion of a separate Schedule under the Drugs and Cosmetics Rules to regulate the sale of antibiotics, curtail the availability of Fixed Dose Combinations, start colour coding of third generation of antibiotics and restrict their access only to tertiary care hospitals.

These drugs are required to be sold in the country with the following conditions:

(1) the supply of a drug specified in Schedule H1 shall be recorded in a separate register at the time of the supply giving the name and address of the prescriber, the name of the patient, the name of the drug and the quantity supplied and such records shall be maintained for three years and be open for inspection.

Schedule H1 Drug-Warning:
-It is dangerous to take this preparation except in accordance with the medical advice.
-Not to be sold in retail without the prescription of a Registered Medical Practitioner.

In addition, the Government has framed a comprehensive policy to address the problem of multi-drug resistance due to widespread and indiscriminate use of antimicrobial / antibiotic drugs in the country.

The National Policy for Containment of Antimicrobial Resistance has been formulated by the Ministry of Health & Family Welfare for this purpose. The policy has also been widely disseminated among all the States and Union Territories.

The Government has also decided to implement a National Programme on Containment of Anti-Microbial Resistance during the 12th Five Year Plan for rational use of antibiotics in hospitals and training & capacity building of professionals in relevant sectors.