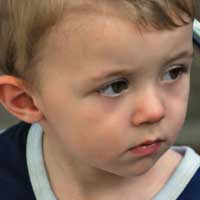 However, the numbers of cases of Autism Spectrum Disorder (ASD) seen in Central Government medical settings (AIIMS, New Delhi and NIMHANS, Bangalore) in the country have reportedly increased.

At NIMHANS, the number of inpatient admission cases has increased from 6 cases in 1989 to 97 cases in 2011.

The reasons for this rise in number are not clear. The exact reasons for occurrence of autism are not known.

However, researches in the recent years have revealed that there is genetic basis for this condition.

Environmental factors such as adverse influences on brain development before, during or after birth have been implicated in the causation of ASD.

These include, inter-alia, prenatal infections (for e.g. maternal rubella infection in early pregnancy), exposure to harmful substances (teratogens) such as valproate and severe birth asphyxia.

The rise in the number of autistic patients may also be partially attributed to the increased awareness about Autism Spectrum Disorders.

In the year 2008, the National Trust (under the Ministry of Social Justice and Empowerment) had conducted a survey in Delhi to estimate the number of persons having one or the other type of mental disability. Based on the data collected during field operation and estimation procedure, it was observed that an estimated number of 36,053 persons in Delhi had one or the other type of disability viz. autism, cerebral palsy, mental retardation and multiple disabilities (combination of more than one type of mental disabilities or combination of mental and physical disabilities) which works out to about 0.3 percent of total population of Delhi enumerated during 2001 census.

Autism is a neuro-developmental disability for which no definite cure or treatment is available. However, with early detection and intervention it can be managed. Therefore steps have been taken for creating awareness, diagnosis and early intervention.

The Rehabilitation Council of India has given accreditation to Centers to run courses for training teachers in the management of people with Autism Spectrum Disorder.

The Government of India has adopted community based care of mentally ill persons under District Mental Health Programme (DMHP). Under DMHP, the State Governments place a mental health team led by a psychiatrist to provide services, training to general health care personnel for identification and treatment of common mental illnesses and conduct IEC activities for awareness.