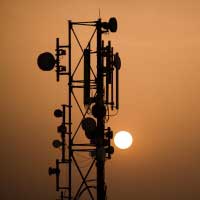 Indian Council of Medical Research (ICMR) has informed that there are no conclusive data available on the issue of Health Hazards due to radiation emitted from cell phone and cell phone tower, but there are studies reporting damage to health.

ICMR has informed that WHO/International Agency for research on Cancer has classified radio frequency electromagnetic field as possible carcinogenic agent to humans.

ICMR has informed that they have initiated a multi-disciplinary cohort study in Delhi and National Capital Region (NCR) to find out adverse effects of Radio Frequency Radiation (RFR), if any, emitted from cell phone on adult Indian population.

Under this study efforts are going on to examine whether use of cell phone is associated with reproductive dysfunctions, infertility, neurological disorders (cognitive behaviour, sleep related disorders, depression etc.), cardiovascular disorders, Otorhinolaryngology (ENT) disorders and promote cancer, if any in human volunteers.

In addition to the above the ICMR has also funded few studies in India to address this issue.

Significant findings of the studies being conducted in India on the issues related to health effects, including male infertility due to radiations emitted from mobile phone and mobile phone tower:

1. Studies reported cytogenetic damage in tissues of some individuals using cell phone over a period of time.

2. An animal study indicated significant reduction in testicular size, weight and in sperm counts after chronic exposure to Radio Frequency Radiation (RFR) imitated from cell phone which may lead to infertility.

3. A study reported headache, dizziness, numbness in the thigh, and heaviness in the chest among mobile phone users.

4. A study reported that long term and intensive mobile phone use may cause inner ear damage.

6. Microwave radiation caused an increase in erythrocyte and leukocyte counts, a significant DNA strand break in brain cells and the loss of spatial memory in mice.

8. A study indicated that a reduction in melatonin or an increase in caspase-3, creatine kinase, and calcium ion may cause significant damage in rat brain due to chronic exposure of microwave radiations. These biomarkers indicate possible health implications of such exposures.

9. A study also reported that chronic exposure to non-ionizing Microwave radiation may lead to infertility.

10. The data of the animal study concluded that 3G mobile phone radiations affect the brain function and cause several neurological disorders. The data of the study also indicated testicular impairment in male Westar rats due to long-term exposure of Microwave.

In order to ensure compliance to the prescribed EMF radiation limits from mobile tower in India, self-certificates are required to be submitted by telecom service providers as per the guidelines issued by Department of Telecom. To cross check these, audit of Base Transceiver Station (BTS) sites is carried out by Telecom Enforcement Resource & Monitoring (TERM) field units.

This is regularly done by TERM units for the purpose of monitoring that the EMF radiation exposure is within prescribed norms. In case, any BTS site is found to violate the prescribed EMF norms, as per the prescribed procedure, actions are taken by imposing a penalty of Rs. 10 lakh per BTS per incidence.