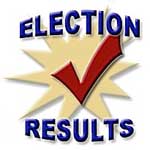 Delhi Homoeopathic Board’s electoral process was held today Monday, 18th June, 2012 at Vikas Bhawan, Civil Lines, New Delhi. Elections were held for four members out of nine. The out-going members were elected again due to their popularity amongst the fraternity with a huge margin of votes.

Delhi Homoeopathic Board electoral results 2012 – 4 members were again elected for the next three years of the working period of the new board:

Elected members could get nearly 90% of voting, comparing the votes to other team of homeopathic doctors.

As we conducted a pre-poll here for all 8 candidates for the election. It was clearly predicted that the Dr. KK Juneja’s group would be a winner.

Dr. Minie Mehta from the other team got the maximum votes in pre-poll amongst her group members because of her approach in youngsters and those are internet savvy, but this was not reflected in the poll. I have seen percentage of young homeopathic doctors was very less at the polling station, and probably affected her result.

Well, the election for new team is over, and now we need to remind ourselves that we are to work hard to establish homeopathy well in 21st Century.

1 thought on “New team for Delhi Homoeopathic Board elected”