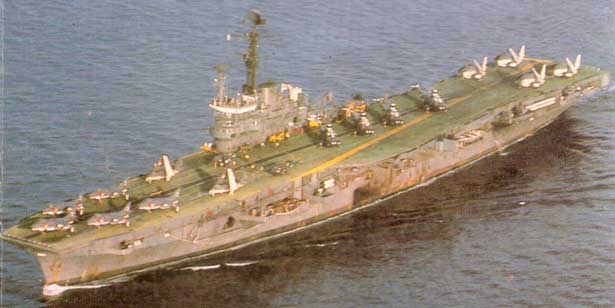 India on Monday launched its first indigenous aircraft carrier INS Vikrant, joining the elite club of nations with the capability of designing and building a warship of this size and capability. Defence Minister A K Antony’s wife Elizabeth launched the 37,500-tonne carrier at Kochi shipyard almost four-and-a-half years after its keel was laid by the minister.

“It is a red-letter day for the entire nation and a proud moment for the country which has achieved self-reliance in the field of warship design and construction. Only a few advanced countries have capability to design and build such aircraft carriers,” he said in his speech on the occasion.

Antony said this was an “important” first step towards a long journey in the area of warship building for the country.

Other nations capable of designing and building a ship of equivalent size are the US, the UK, Russia and France.

The Minister said the Navy’s capabilities must be enhanced to ensure that it maintains “high operational preparedness to thwart any likely misadventure against our national interest.”

He asked all stakeholders including the builder Cochin Shipyards Limited (CSL) to put collective efforts to ensure that the aircraft carrier is delivered on time, observing that many years were lost in the past due to “lack of coordination”.

The launch of warship, which has a length of 260 metres and is 60 metres wide, is behind schedule by three years. It is set to go for extensive trials in 2016 before being inducted into the Navy by 2018 end.

Fighter aircraft–Mig-29K, Light Combat Aircraft and Kamov-31 helicopters–will deployed on board the carrier which will also carry an array of other weapons systems.