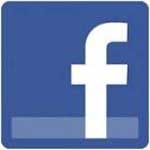 “Oftentimes, mutual-friends features have not been created in tandem with privacy setting designs, and inadequate thought with regards to security and privacy issues has been given,” said James Joshi, principal investigator of the study and associate professor of information assurance and security in Pitt’s School of Information Sciences. “With such a huge user base in such systems, a minor privacy breach can have a significant impact.”

Together with his colleagues—Mohd Anwar, a former faculty member in Pitt’s School of Information Sciences and now assistant professor at North Carolina A&T State University, and Lei Jin, a PhD candidate in Pitt’s School of Information Sciences—Joshi examined three different types of attacks on social network users using an offline Facebook dataset containing 63,731 users from the New Orleans regional network. This dataset (chosen because it was open to the public) also included more than a million friend links.

Finally, the team initiated a “hybrid attack,” in which an attacker tried to identify both the target’s private friends and distant neighbors.

“Being able to see mutual friends may allow one to find out important and private social connections of a targeted user,” said Joshi. “An attacker can infer such information as political affiliations or private information that could be socially embarrassing. More importantly, the information that’s gathered could be used, in combination with other background information about the targeted user, to create false identities that appear even more authentic than the actual user.”

Joshi cites the need for better privacy-protection settings to mitigate the problem—but those that can also be easily navigated by users.

The paper, “Mutual-friend Based attacks in Social Network Systems,” was first published in Computers & Security.