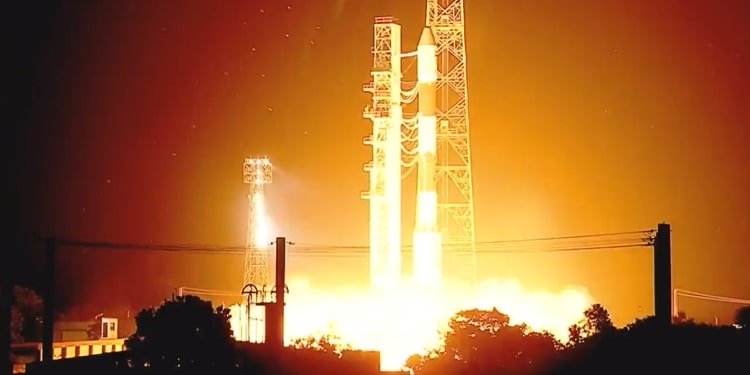 PSLV lifted off at 05:59 hours IST from the first launch pad at SHAR.

The satellite EOS-04 is a Radar Imaging Satellite designed to provide high-quality images under all weather conditions for applications such as Agriculture, Forestry & Plantations, Soil Moisture & Hydrology and Flood mapping. Weighing about 1710 kg, it generates 2280 W power and has a mission life of 10 years.

One of them is a student satellite INSPIREsat-1 developed by Indian Institute of Space Science & Technology in association with Laboratory of Atmospheric & Space Physics at the University of Colorado.

Another is a technology demonstrator satellite INS-2TD from ISRO, which is a precursor to India-Bhutan Joint Satellite INS-2B.

Co-passenger satellites were successfully separated from the PSLV in a predetermined sequence.

ISRO Chairperson S Somanath congratulated team ISRO for the precision with which the mission was accomplished.