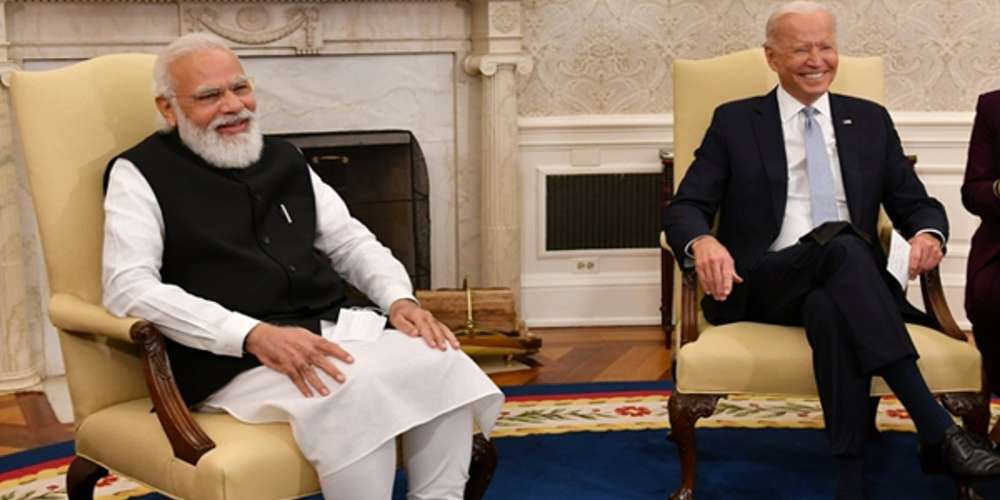 The two leaders gave a clarion call to write a new chapter in the fight against Covid-19, climate change and to ensure stability in the Indo-Pacific region.

Mr Modi praised the role played by President Biden and the United States in tackling the challenges of Covid-19. He underlined the importance of a strong and vibrant Indo-US ties for a better world.

President Biden said the two nations have a shared responsibility to democratic values, commitment to the welfare of the people and family ties.

President Biden said the global community looks forward to the ideals of Mahatma Gandhi as the world celebrates his birthday next week. Prime Minister Said Mahatma Gandhi always used to say about trusteeship of the Planet. He said this sentiment of trusteeship has to be carried forward by India and United States for global good. The two leaders are now engaged in a high level delegation level talks.

This meeting will be followed by the first ever in person meeting of the QUAD leaders.

Yesterday, US Vice President Kamala Harris, during her maiden meeting with Prime Minister Narendra Modi, has sun moto referred to Pakistan’s role in terrorism, saying that there were terror groups working in the country and asked Islamabad to take action so that it does not impact on America and India’s security.

Prime Minister Modi and Vice President Harris decided to further cement the Indo-US strategic partnership and discussed global issues of common interest, including threats to democracy, Afghanistan and the Indo-Pacific.

Prime Minister Narendra Modi gifted US Vice President Kamala Harris a copy of old notifications related to her grandfather, who was a senior Indian government officer, in a wooden handicraft frame and a Meena kari chess set as they held their first in-person meeting.