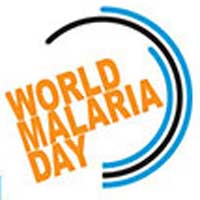 Today is World Malaria Day. The day is observed every year to create awareness among the people about this vector borne disease. Within the next four years, six nations in Africa, the region where malaria is most prominent, could be free of the disease, the World Health Organization said in a report published to mark World Malaria Day.

The six countries in Africa that could be rid of malaria by 2020 are Algeria, Botswana, Cape Verde, Comoros, South Africa and Swaziland.

The Global Technical Strategy for Malaria 2016-2030, approved by the WHO last year, hoped to see an end to local transmission of malaria in at least 10 countries by 2020, but now the WHO estimates that 21 countries could achieve that goal, including six in Africa.

In India, various campaigns are launched from time to time by the Centre and state governments to educate the people and take preventive measures.

WHO says malaria infection rates are falling due to the use of insecticide-treated bed-nets, regular bug spraying inside dwellings and rapid diagnostic testing, though these techniques are becoming less effective as time goes on.

While the outlook is promising, the group cautioned that nearly half of the world’s population around 3.2 billion people are still at risk of contracting malaria.

Just last year, 214 million new cases of malaria were reported in 95 countries. More than 400,000 people died from the disease.