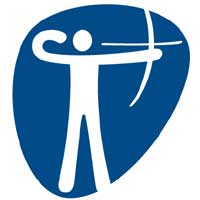 A three-member Indian women’s archery team comprising Deepika Kumari, Bombayla Devi and Laxmirani Majhi was named for the Rio Olympics after a series of selection trials in the last three months.

The women’s trio will compete in the individual events as well as team event at the Rio Games in August.

India’s women archers earned three individual berths and a team quota by virtue of the team’s performance at the World Championships in Copenhagen last year.

India has earned one individual spot for the Olympics in men’s archery during the World Championships last year.