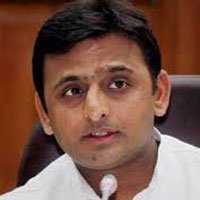 The Uttar Pradesh Chief Minister Akhilesh Yadav has ordered to set up a women helpline in each district of the State.

He said that such women helplines will be maintained and monitored by the SSP and SP of the district and prompt action must be taken by women cell on any complaint lodged by victims or their families.

The government has said that hence rape is a brutal and heinous crime, therefore such cases be referred to fast track courts to ensure speedy justice.

Chief Minister also directed all the District Magistrates and Senior Police Officers to impose the strintengent National Security Act on those who threatened a rape-victim or her family and warned of strict action if the official fail to attend the acts of crime swiftly.

Meanwhile the Chief Minister Akhilesh Yadav has asked the State Director General of police, A.L. Banerjee to reach Badaun today morning to call on the victims’ families and take the first hand stock of the situation regarding the investigation of the case.

The Uttar Pradesh government has also clarified in a response of a query that the victims of gangrape and murder in Badaun did not belong to the scheduled caste category.

The Union Home Ministry, had shot off a letter to the UP government asking it to explain why the stringent clauses of Scheduled Castes and Tribes (Prevention of Atrocities) Act were not slapped on those accused of raping and murdering of the two dalit girls in Badaun.