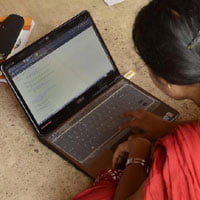 The Uttar Pradesh government is likely to end its free laptop distribution scheme.

Gayatri Prasad Prajapati, a minister and close confidante of top leadership of ruling Samajwadi party said in Sultanpur yesterday that government is mulling to do away with the free dole out scheme as it appears to have been too expensive especially when it yielded no poll benefits to the party that was routed in the recent Lok Sabha polls.

The government would have to provide free laptops to about 40 lakh students, who passed class XII in 2013 and 2014 if the laptop scheme is continued. The estimated expenditure for it is expected to be around Rupees ten thousand crores.

There is an increasing feeling within the government that funds should be better spent on improving power condition and road networks if the Samajwadi Party wants to recover ahead of the 2017 assembly elections.

The government has also called off plans to distribute free tablets to meritorious class X students even as no official statement has been made yet.