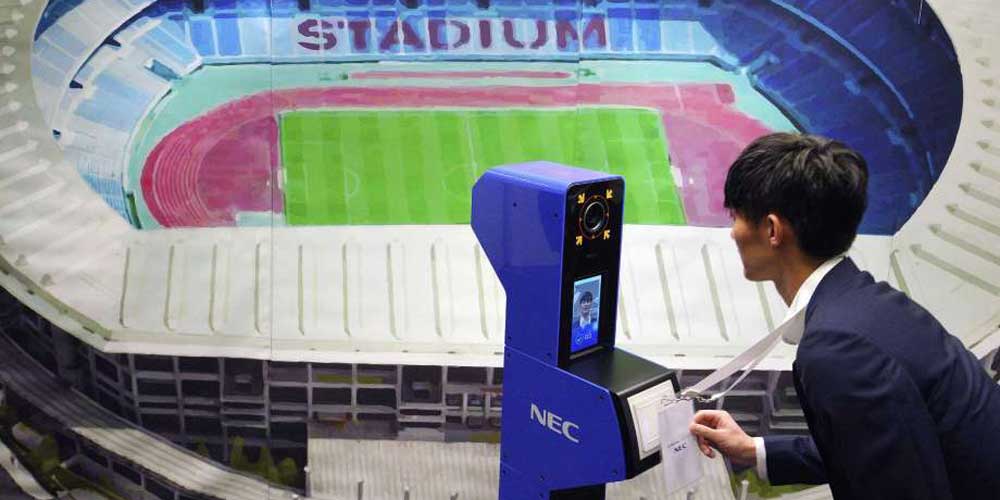 A facial recognition system will be used across an Olympics for the first time as Tokyo organizers work to keep security tight and efficient at dozens of venues during the 2020 Games.

The NeoFace technology developed by NEC Corp. will be customized to monitor every accredited person – including athletes, officials, staff and media – at more than 40 venues, games villages and media centers, Olympic and company officials said on Tuesday.

Olympic officials said Tokyo will be the first Olympic host to introduce the face recognition technology at all venues.

Tsuyoshi Iwashita, Tokyo 2020 executive director of security, said venues that are spread around in and out of Tokyo would be a big burden in achieving high levels of security.

“By introducing the face recognition system, we hope to achieve high levels of safety, efficiency and smooth operation at security check points before entry,” he said, adding that the system would contribute to less stressful environment for athletes.

Iwashita said a test last year showed that gate checks with the facial recognition was more than twice the pace of the conventional system using X-ray with visual siting by security guards.

The facial images of every accredited person for the Olympics and Paralympics will be collected after the approval process and stored in a database to be used to verify identities at accreditation check points.

NEC says its biometric identification technology is used at airports and elsewhere in 70 countries, including Japan.