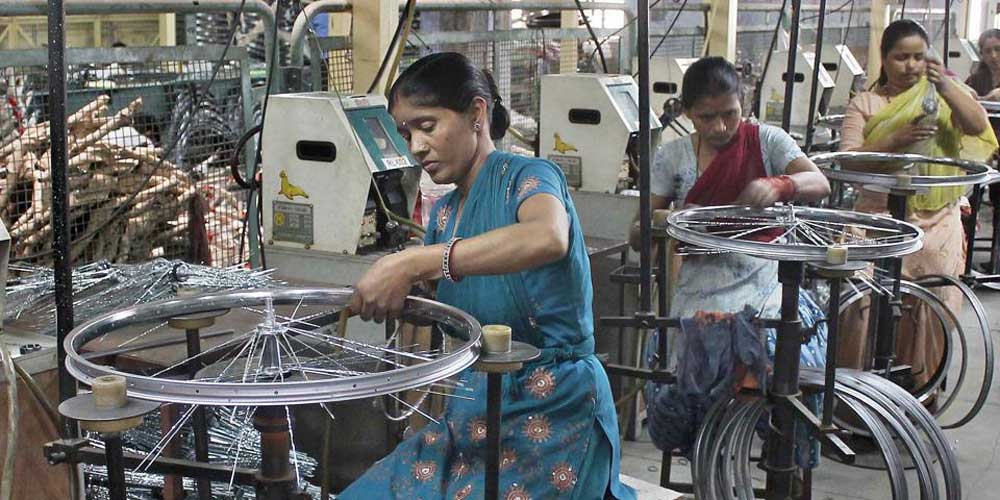 India is a source of growth for the global economy for the next few decades and it could be what China was for the world economy, the IMF said on Wednesday, as it suggested the country to take steps towards more structural reforms.

“India now contributes, in purchasing power parity measures, 15 per cent of the growth in the global economy, which is substantial,” Ranil Salgado, International Monetary Fund’s mission chief for India, said.

He said the IMF views India as a “long run source of global growth”.

“India has three decades before it hits the point where the working age population starts to decline. So that’s a long time. This is India’s window of opportunity in Asia. It’s somewhat only a few other Asian countries have this,” he said. “For the (next) three decades, it (India) is a source of growth for the global economy and could be even longer,” Salgado said.

In its report, the IMF Executive Board has forecast India’s growth to rise to 7.3 per cent in FY 2018/19 and 7.5 per cent in FY 2019/20, on strengthening investment and robust private consumption. “We see growth recovering. Generally, India is benefiting from good macroeconomic policies; stability-oriented policies as well as some important reforms that have been done in recent years,” he said.

Although there are short term issues, the IMF views that as a long-term major gain for India by implementing a national GST.

“It’s something that’s difficult to do. Other countries have struggled. In India it’s much more complex because you have a 29 states and union territories and you need agreement. I think that that was a great achievement,” he said.

Insolvency and the bankruptcy code is the other big achievement, he said.

“We are seeing certain positive steps there and we hope that can continue,” he said. “The third (big achievement) from an economist’s point of view is the inflation targeting framework that you now have in the Reserve Bank of India, formally adopted in 2016 but informally even earlier. We have seen the benefits of that have lower inflation and inflation expectations,” he said.

And then there are some of the key smaller steps like things to improve the business climate, steps to further liberalise FDI.

“In the near term, it’s just to make sure that effective implementation of those are ongoing. If you think of the insolvency and bankruptcy code, it’s a difficult change. Basically, the underlying system to resolve bad assets from the corporate sector side is something new. It takes time and experience has to be gained. And we’re seeing some of the hitches along the way there, but generally things seem to be moving in the right direction,” the senior IMF official said.

Noting that the government is taking steps to “streamline and simplify” the GST, he said the IMF believes that this is important.

“Overall we’re seeing efforts to improve the balance sheet of banks as well as corporate sector. In our view, these are all important things that need to continue,” he said.

Salgado said that for India, things are relatively positive. “India has a young population. It has the potential for a demographic dividend of the next three decades,” he said but quickly cautioned that demographic dividend is not automatic. “It takes good policies to create jobs, to create even stronger economic growth. Seven to eight per cent growth is very good,” he said in response to a question.

“We are saying that steps to structural reforms have to continue and, in some ways, have to even take a step further up,” he said identifying labour reforms, improving the business climate, and enhancing infrastructure as key areas for continued reforms.

“And finally it is importantly to finish the cleanup of bank and corporate sector balance sheets, he said.”