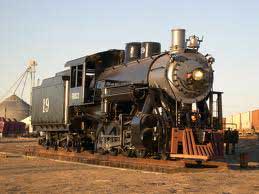 A hundred-year-old steam locomotive is about to set the tracks ablaze once again as the Ambala division of Northern Railways is planning to bring the romance of steam railways back to Shimlaities and tourists by introducing a heritage steam loco train on Shimla’s railway tracks.

According to the plan, which has been drawn to revive steam railways in Shimla, a steam engine will pull a special tourist train on the 25-km-long Shimla-Kathlighat track.

With the advent of diesel locomotives, steam engines – called ‘black beauties’ — were phased out from Shimla-Kalka rail in 1970.

“A 100 years old steam loco successfully ran on the tracks between Shimla and Kathlighat. It was on its trial ride on Wednesday. It will soon run for tourists,” said Shimla station superintendent GS Rajput.

“It’s an achievement that the KC-520 engine which had made its first voyage in 1903, is still working successfully. The steam loco took its trial ride under the supervision of assistance maintenance engineer of Northern Railways, Kalka center. A special crew was hired to run the loco. Steam engines might have lost their utility, but their glory remains the same,” he said.

“We are planning to run the steam loco on charter basis, not for regular operation. It can be a good opportunity for tourists to see the pristine natural beauty of Shimla and experience the magic of gigantic steam engines running on tracks again,” added Rajput.