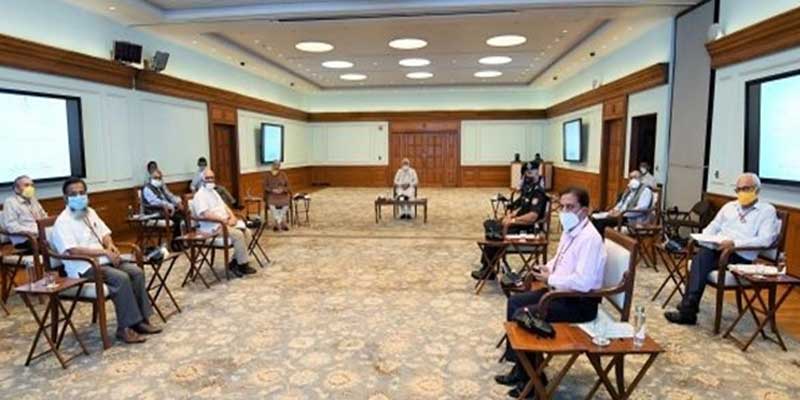 Prime Minister has directed that all necessary measures be taken to complete evacuation of people from areas in cyclone Amphan’s path and maintain adequate quantities of essential supplies. Mr. Modi today chaired a high-level meeting to review the response measures in view of cyclone ‘Amphan’ developing in the Bay of Bengal.

He took stock of the situation and reviewed the response preparedness as well as the evacuation plan presented by the National Disaster Response Force (NDRF). Later, in a tweet, Mr. Modi said, he prays for everyone’s safety and assure all possible support from the Central Government.

The India Meteorological Department has informed that the Super Cyclone is expected to make a landfall on West Bengal coast in the afternoon of 20th May as an Extremely Severe Cyclonic storm with wind speeds ranging up to 195 kmph. It would be causing heavy to extremely heavy rainfall in the coastal districts of the State.

In West Bengal, districts of East Medinipur, South and North 24 Parganas, Howrah, Hooghly, and Kolkata are likely to be worst affected. The storm is also likely to impact coastal districts of North Odisha including Jagatsinghpur, Kendrapada, Bhadrak and Balasore.

The Met Department has warned of storm surge of about four to five metres height above the astronomical tide, which would inundate low lying coastal areas of South and North 24 Parganas, and three to four metres height in East Medinipur, districts of West Bengal at the time of landfall. The cyclone has the potential to cause extensive damage in the Coastal Districts of West Bengal.

During the meeting, all concerned have been advised to make adequate preparations to ensure maintenance of essential services like Power and Telecommunications in the event of damages caused to them and also to review their preparedness well in time and ensure quick resumption of services in the event of any disruption.

Indian Coast Guard and the Navy have deployed ships and helicopters for relief and rescue operations. Army and Air Force units in these States have also been put on standby. NDRF has deployed 25 teams in Odisha and West Bengal. Additionally, 12 teams have been kept on standby.

The teams are equipped with the requisite materials like boats, tree cutters, telecom equipment etc. The MeT Department has been issuing regular bulletins with latest forecast to all the concerned States. Union Home Ministry is also in continuous touch with the State Government.