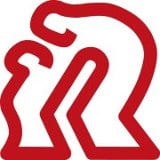 The President of India, Shri Pranab Mukherjee inaugurated the Anti Leprosy Fortnight and Leprosy Seal Campaign on January 30, 2013 at Rashtrapati Bhavan. In this connection, a delegation of the Delhi branch of the Hind Kusht Nivaran Sangh called on the President.

The Sangh is a voluntary organization working in the field of service of leprosy sufferers and looking after their medical and socio-economic rehabilitation. It was set up in 1961 under the pioneering guidance of social activist Dr. Yudhvir Singh. The President, Shri Pranab Mukherjee inaugurating the Anti Leprosy Fortnight and the Leprosy Seal Campaign, at Rashtrapati Bhavan, in New Delhi on January 30, 2013.

On the occasion, the Punjab National Bank also donated a cheque of Rs. 3 lakh for the noble cause.