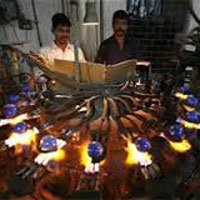 Output of the country’s eight core industries rose by 4.2 per cent in April this year compared to the same month last year.

This was boosted by higher electricity, fertiliser and cement production. According to official data released yesterday, the coal, crude oil, natural gas, refinery products, fertilisers, steel, cement and electricity sectors had expanded by 3.7 per cent in April last year.

Electricity production increased by 11.2 per cent in April, fertiliser output rose by 11.1 per cent, cement increased by 6.7 per cent, and coal rose by 3.3 per cent, all at a faster pace than a year earlier.