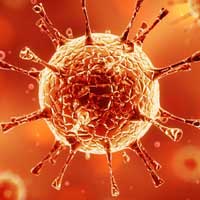 The Ministry of Health, in coordination with the Ministries of Home Affairs (Immigration Department), External Affairs and Civil Aviation, is constantly tracking passengers arriving in India from the West African countries affected by Ebola.

Mandatory self reporting is in place. Health officers posted in identified international airports all over India are screening passengers (originating / transiting from affected countries) getting off aircraft. Till now all those arriving have been found to be healthy.

Dr Harsh Vardhan, Union Minister of Health, has denied reports in some media of a “suspect case” of EVD in Chennai.

The Department of Health, Government of Tamil Nadu, has informed the central government that a person had indeed landed at Chennai airport from Guinea on August 9. He was checked for symptoms and was found healthy.

However, the health authorities of the state are monitoring his health.