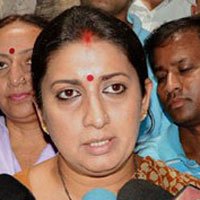 Twenty four students from an engineering college in Hyderabad are washed away in the Beas river near Mandi in Himachal Pradesh. Six of them are girls. The incident occurred at around 6.30 pm on Sunday when the students, who were on their way to the resort town of Manali for an excursion, were clicking pictures … Read more

In Himachal Pradesh the higher reaches of tribal districts were experiencing snowfall, in middle and high hills and rainfall in the other areas. Keylong, the district headquarter of Lahaul-Spiti received more than one feet of fresh snow. Several other parts in the middle and high hills lashed with hailstorm Tuesday afternoon. Tourist resort Dalhousie in … Read more

Three astronauts returned to Earth today, following a 166-day mission, bringing the Olympic torch back from the International Space Station after a historic space walk. The trip completes the most ambitious leg of Russia’s unparallelled torch relay in the run-up to the Winter Olympic Games in Sochi next February. Russian cosmonaut Fyodor Yurchikhin, NASA US … Read more 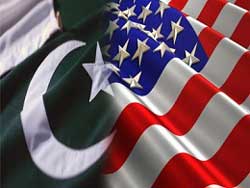 The US on Friday evacuated all non-emergency staff from its consulate in the Pakistani city of Lahore, citing specific terrorist threat against the facility. It also issued a travel warning advising all citizens to defer unnecessary travel to Pakistan amid a worldwide alert over Al-Qaeda intercepts. “Today, the Department of State ordered the departure of … Read more

Keeping the tourism potential of Belagavi (Belgaum) district of Karnataka in view, the Indian Ministry of Tourism has sanctioned a project ‘Eco-Tourism Resort in Khanapur Forest area’ at a cost of Rs. 4.40 crore and released a sum of Rs. 3.52 crore as first installment during the year 2010-11 to the State Government of Karnataka. … Read more 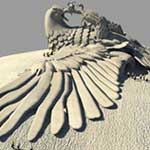 A 1000-feet high rocky hill cluster at Chadayamangalam in south Kerala, believed to be connected with mythical character ‘Jatayu’ in epic Ramayana, will woo tourists as the country’s first ‘Rock Theme Park’. According to local tradition, the rock, ‘Jatayupara’ in Kollam district, is the place where the mythical bird ‘Jatayu’ fell after its wings were … Read more

A 10-year-old school boy committed suicide by jumping from his 19th floor apartment here after his parents banned him from playing computer games.

The lack of thorough and reliable clinical data on the way medicines affect children requires strengthened safety monitoring and vigilance of medicinal products. This is the fundamental message of Promoting safety of medicines for children, released today by the World Health Organization (WHO).

Some scientific results are hard to spot, especially in genetic research. Often scientists are unable to physically see if the gene they inserted into a cell has produced the desired trait.

Despite a Rs 650 crore market and an annual growth rate of 25 per cent, Homeopathy is often considered a last resort when other treatments had failed, says a new research study.