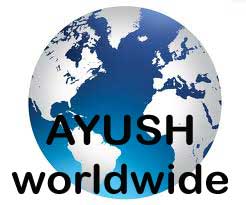 The major activities undertaken by the Department during the last four years as follows:

1. A Centre for Research in Indian System of Medicine (CRISM) was set-up in April, 2009 to facilitate collaborative research and dissemination of information on Ayurveda, Siddha and Unani medicines under National Centre for Natural Products Research (NCNPR), University of Mississippi (USA).

2. AnMoU was signed on 27.02.10 between CCRAS and Institute for Social Medicine, Epidemiology and Health Economics, Charite University, Berlin (Germany) to conduct a collaborative research study on effectiveness and Safety of Ayurveda as a treatment system.

3. Indo-US Interactive meet was organized on AYUSH Research to explore the feasibility to conduct joint Indo-US Ayurveda Research and to facilitate Ayurveda’s entry into mainstream US medicine from 29th January to 3rd February, 2010.

1. AnMoU was signed on 27.10.2010 between India and Malaysia for cooperation on Traditional Medicine to promote AYUSH systems in Malaysia during the visit of Prime Minister of India to Malaysia.

2. Health Minister of Malaysia along with high level delegation visited the Department of AYUSH on 03.02.2011 and discussed various issues pertaining to cooperation on Traditional Medicine.

3. AYUSH information Cell in Malaysia started functioning and experts are being deputed from India (till date 4 experts have been deputed).

4. AnMoU has been signed between CCRUM& University of Western Cape for setting up of AYUSH Academic Chair (Unani) at South Africa.

1. The Department of AYUSH organized Workshops on IPR, patenting and regulatory issues of Traditional Medicines for BIMSTEC countries from 11th to 13th October, 2011.

2. The Department of AYUSH organized Workshop on Traditional Medicine for African countries from 18th to 20th October, 2011 under India Africa Forum Summit-I at Jaipur.

4. AnMoU was signed on 06.01.2012 between Government of Trinidad & Tobago and Government of India on Cooperation in the field of Traditional Systems of Medicine during the visit of T&T Prime Minister to India.

5. Cabinet approved signing of anMoU on Cooperation in the field of Traditional Systems of Medicine with Government of Serbia. The Health Minister of Serbia has been invited to visit India for signing of the MoU.

1. A letter of intent has been signed on 15.10.2012 with the Government of Mexico to facilitate signing of anMoU at a future date to strengthen, promote and develop Cooperation in the field of Traditional Systems of Medicine.

3. Cabinet approved signing of anMoU on Cooperation in the field of Traditional Systems of Medicine with Government of Nepal on 23.08.2012.The MoU is, however, yet to be signed.

4. The Government of Sri Lanka has requested to have cooperation on Traditional Medicine & Homoeopathy. On receipt of their consent to our Standard MoU, approval of Cabinet will be sought.

5. The Department of AYUSH has prepared comprehensive dossiers on Ayurveda and Homoeopathy. ‘Ayurveda- The Science of Life’ dossier has been circulated to all Indian Missions abroad for further distribution to concerned authorities in foreign countries. ‘Homoeopathy- The Science of Gentle Healing’ dossier is being sent to all Indian Missions abroad for distribution to the concerned authorities.

6. The Department of AYUSH has organized an International Conference on Traditional medicine for South East Asian Countries in collaboration with World Health Organization (WHO-SEARO) from 12th to 14th February, 2013. The Conference was attended by Health Ministers of Bangladesh, Bhutan, Nepal, Sri Lanka and Timor-Leste. A declaration on Traditional medicine called ‘Delhi Declaration’ was made at the end of the Conference.

7. `Traditional herbal remedies for Primary Health Care` — Ayurveda remedies for 28 common ailments was published by WHO in 2010. Also published in 2010 – Ayurveda, Unani and Naturopathy benchmarks of education.

With increase in allocated budget for AYUSH, I am sure AYUSH doctors would find more job opportunities abroad in coming years.

5 thoughts on “International Cooperation in AYUSH”