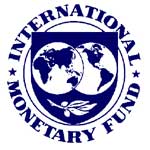 The International Monetary Fund (IMF) downgraded the forecast for global economic growth of 2012 to 3.3 percent in the World Economic Outlook unveiled in Tokyo before the IMF-World Bank 2012 annual meetings.

“The world recovery continues, but it has weakened further. In advanced countries, growth is now too low to make a substantial dent in unemployment, and in major emerging countries, growth which had been strong earlier has also decreased,” said the IMF Chief Economist Olivier Blanchard on the press conference.

Olivier said, the low growth in developed countries is affecting the developing countries through exports, so the growth of the countries like China, India and Brazil will be lower than recent past for some time. But he said the IMF has seen the positive policy measurers being taken in the three countries.

As for the Euro Zone, the IMF suggested if the long-term and the short-term measures could work effectively, there is reason to believe the most difficult time for Europe will pass soon, the recovery will begin in 2013.

The Annual Meetings of the World Bank Group and the IMF each year bring together central bankers, ministers of finance and development, private sector executives, and academics to discuss issues of global concern, including the world economic outlook, poverty eradication, economic development, and aid effectiveness.