Frantic sound of warning whistles woke up the pilots resting in ITBP mess at Gauchar in Uttarakhand last night. It was a landslide warning. Everyone was asked to vacate the area. Sound of stones rolling down the hill created a scary rumble.

Pilots, who were on DG ITBP commitment realised that their helicopter a ALH MK I, is parked at ITBP helipad and was likely to get damaged by the landslide. The pilots would not leave their machine behind and only alternative was to fly it out by night, in the drizzle and poor weather. Although Gauchar ALG was just 5-7 minutes flight, but there are no night aids, not even basic airfield lighting.

Besides, rules do not permit night flying in the hills. Pilots then took advise from Task Force Commander, Air Cmde Rajesh Isser. After speaking to them the TFC was assured of the pilots confidence and ability to undertake the task. He briefed them for the mission and simultaneously activated other pilots and ATC at Gauchar to reach the ALG with torches and use vehicle lights to provide whatever assistance they could with the available resources.

At 2355 h the helicopter started in the dark drizzling valley and negotiating the weather, successfully relocated to Gauchar ALG. 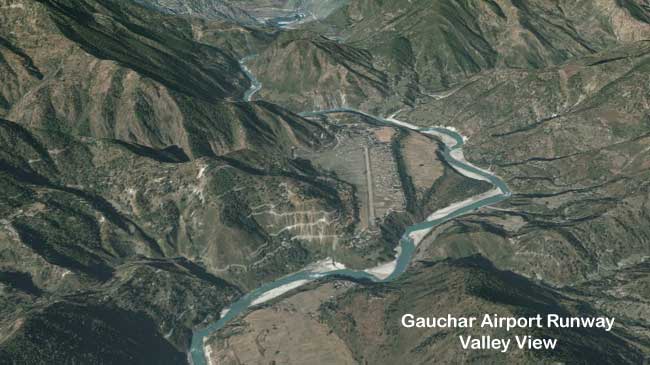 After having evacuated hundreds of pilgrims in the area it was now the turn of the helicopter to be evacuated, to safety. The seasoned pilots did not want to leave their machine to face the natures fury. By evacuating it, they once again raised the bar for the IAF motto ‘Man Machine and Mission”.