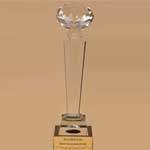 Recently released feature film ‘Life of Pi’ has been given two National Tourism Awards by the Ministry of Tourism, Government of India recognizing the impact it has had in promoting India as a tourism destination, especially Puducherry and Munnar (Kerala).

Making this announcement in Delhi today, Union Tourism Minister Shri Chiranjeevi said these Awards would be given to Mr. Ang Lee, Director of the film ‘Life of Pi’ and Mr. Yann Martel, writer of the book of the same name.

The Minister expressed the hope that this will go a long way in encouraging more and more Film producers from abroad to shoot their films in India. Every year, the Ministry of Tourism recognizes various stakeholders, including film makers and writers for their contribution in promoting India Tourism by conferring National Tourism Awards.

The Ministry of Tourism has identified ‘Film Tourism’ as a Niche Tourism product. It has requested the State Governments and Union Territory Administrations to recognize the potential of Film Tourism and constitute special bodies/cells to facilitate filming in their respective States/Union Territories.

The MoU also provided an impetus to frame policies and guidelines for facilitating shooting of International films in India and promote India as a filming destination, both for international and domestic film producers. Another key objective of the MoU is to initiate dialogue with State Governments and UTs for development of locations for film shootings. As per the MoU, the Ministry of Tourism would provide budgetary support for identified film festivals, markets and events. The Ministry would facilitate publicity through the available content based on existing audio visual material and print designs.

It is expected that this innovative partnership will facilitate the promotion of India as a filming destination for foreign producers. 21 and 20 permissions for shooting in India were granted during 2010-11 and 2011-12.