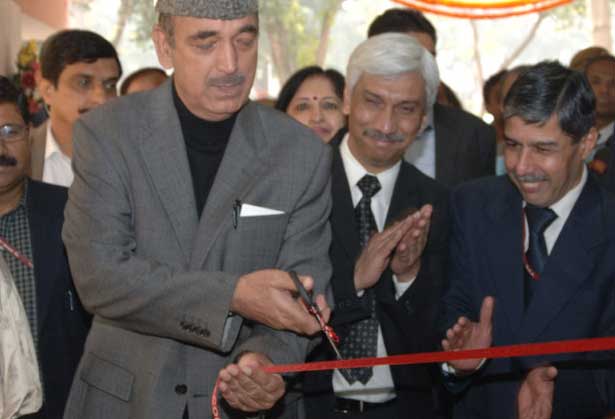 While earlier a call center operated from the Ministry premises, the Facilitation Centre shall be able to reach out to a much larger number of pregnant and feeding mothers through the larger infrastructure. MCTS is a name based web based service that captures the details of pregnant women and children up to 5 years and tracks delivery of due services to them. Over 10.5 crore pregnant women and children have been registered in MCTS till now.

More than 71 lakh SMSes have been sent to beneficiaries in January 2014 alone, the Health Minister stated.

Sh Azad said that the tracking system will help to gather very valuable data from the states on the health schemes and facilities reaching the beneficiaries. This will help to better the facilities and also evaluate them.

The Health Minister while inaugurating the Facilitation Centre himself spoke to some of the beneficiaries to find out about the status of services being provided to them, and the outreach help by ANMs and ASHAs. He also interacted with some ASHA workers.

Besides monitoring delivery of MCH services to the pregnant women and children, MCTS system will make full use of opportunity to directly communicate with the ANMs, ASHAs and pregnant women and parents of young children on their mobiles. Over 8.92 crore mobile numbers of beneficiaries have so far been captured. It will also generate awareness about their entitlements under various government programs and schemes.

This facility will inter-alia be used for:

Ø    Sending appropriate health promotion messages in voice and text to beneficiaries that are relevant according to the month of pregnancy or age of the child.

Ø    Transfer of JSY benefits to pregnant women as is presently being done in 121 DBT districts.

Ø    Transfer of ASHA payments directly into their accounts. This will help to ensure that ASHAs receive full range of incentives payment timely and regularly.

Ø    Training of ASHAs through an IVR system as per need and requirement.

The Facilitation Centre has 80 Helpdesk Agents (HAs). To begin with, the Facilitation Centre will be operational from 9:00 AM to 5:00 PM. Within a month, approximately 7 lakh calls would be made every month, including through Interactive Voice Response System (IVRS). In due course of time, the feature of free inbound calls will be added in the Facilitation Centre so that beneficiaries and health workers would be able to seek guidance on health care related queries and obtain health consultation. Similar initiatives have also been supported under the NHM in some States. 13 States / UTs have set up a call centre till now for verifying MCTS data.