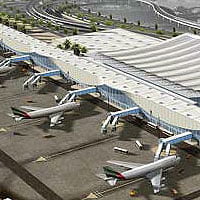 For the third year in a row, Indira Gandhi International Airport in New Delhi has been adjudged the second best airport in the world for its service quality among airports handling 25-40 million passengers per annum.

Mumbai’s Chhatrapati Shivaji International Airport was placed at fifth position in this category by the Airport Council International, ACI.

ACI is a global body of airports which represents their interests with governments and international organisations. It covers 1,751 airports in 174 countries.

However, in the global ranking, IGI this year was placed at the sixth position against last year’s fourth.

The airport scored 4.84 on airport service quality scale out of 5 points to get the recognition of the sixth best airport in the world among 235 participating airports across all categories.

The IGI airport received the ACI’s Airport Service Quality (ASQ) Award for its second position at a ceremony in Seoul in South Korea recently.