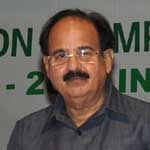 On the occasion of celebration of 257th birth anniversary of Dr. Samuel Hahnemann, founder of homoeopathy. Board of Homoeopathic system of medicine, Govt. of Delhi in collaboration with Delhi Homoeopathic Federation, organised a continued medical education programme with panel discussion on “IMPLICATION OF CLINICAL ESTABLISHMENT ACT-2010 IN HOMOEOPATHIC PRACTICE”.

Dr. A. K. Walia, Hon’ble minister of Health and Family Welfare Govt of Delhi, was the chief guest and Dr. Ramjee Singh, President, Central Council of Homoeopathy, Govt. of India as guest of Honour.

The panel of experts comprised of

Discussed about the various aspects of this act, as the Govt. of India has already notified this act, but the Govt. of Delhi is still in the progress of formulating the rules and regulations regarding registration of all clinics, dispensaries, Nursing Homes, Diagnostic clinics etc. with minimum requirements which are going to be standardised.

The following issues were raised in the panel discussion on the Clinical Establishment Act 2010 as it seems to be superfluous.

a)      Why a separate Clinical Establishments (Registration & Regulation) Act 2010 ,when similar objectives can be achieved by suitably amending the existing Medical Council Act, or other Acts like Homoeopathic Medical Council Act 1973, and similar Acts for other systems of medicine?

b)      With the formation of National Council for Clinical Establishments / State Councils , will the existing councils, ( National or State) be dissolved? If not then What would be role left for them?

c)       Proposed Council is biased against Homoeopathy, as under clause 3(2)(k), there would be nominations from the professional associations of Ayurveda, Siddha & Unani. There is no such provision for Homoeopathy.

d)      Under this Act , Government wants to cover all clinics under one common Act. Whereas the Resource Mobilisation is required, as the objective of National Commission for Human Resources for Health Bill,2011 ( Introduced in the Parliament on 22-12-2011), the proposal is to utilise the services of Allopathy, Dental, Nursing, Pharmacists and Paramedics. This Bill does not mention any of the branches of medicine covered under AYUSH. Then why an attempt to throttle the systems under AYUSH.

e)      Under clause 8(2), the representation from the Homoeopathic System of Medicine is completely missing. Why such discrimination against Homoeopathy?

f)       As a condition for registration, the clause 1292),”Emergency Medical Conditions”, the clause/ regulation has to be very specific. There has to be a complete Transparency in regulation about the clinics of Single doctors /Polyclinics who are not dealing in Emergencies, whether due to space problem, or due to local factors.

g)      What about the Legal Immunity and Security to the doctors, in case the criminal elements bring the patient to treat an emergency, and M.L.C. reporting is not feasible due to threats to the Life, or other dangers posed by such elements?

All in all it is an Act which is not required at all, will be unnecessary  and would be a  burden  doctors and also the financial burden on Tax Payer’s money. So it is vehemently Opposed .

Dr. K K Juneja, Chairman Delhi Homoeopathic Board apprised the gathering about the functioning of the Board while presenting the welcome address. Hon’ble Minister of Health & Family Welfare Dr. Walia, chief guest, praised the functioning of the Delhi Homoeopathic Board and assured of full cooperation from the Govt. of Delhi for the betterment of Homoeopathy and also the problems apprised by Dr. Ramjee Singh about the 2 Homoeopathic medical Colleges in Delhi for rtevruiting and promtioon of the teaching staff in the colleges. Homoeo-Ratan Award was jointly conferred on Dr. A K Seth & Dr. Ramjee Singh for the year 2012.

Board of Homoeopathic System of Medicine, Govt. of Delhi